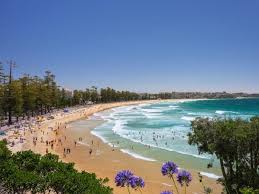 Australia’s sea shore lifestyle, the travel industry and fish stocks are under danger except if quick move is made to moderate the world’s evolving climate, another report warns.

The most recent report from the United Nations’ atmosphere researchers centers around the sea – which is warmer, increasingly acidic and less beneficial – just as ice, to a great extent sea caps and glaciers.

Both are liquefying and could raise ocean levels by 30 to 60cm before the century’s over if an global warming is topped at two degrees, or by in excess of a meter if pollution rates proceed on ebb and flow patterns.

Report co-creator and Australian National University climate researcher Nerilie Abram says seaside networks could confront extraordinary flooding at any rate once per year by 2050, when beforehand they were once-in-a-century occasions.

“In Australia, adapting coastal communities to unavoidable sea level rise is likely a priority,” she said.

“There are a range of possible options, from building barriers to planned relocation, to protecting the coral reefs and mangroves that provide natural coastal defences,” she said.

Environmental change is as of now an every day reality for Australia’s neighboring islands, Greenpeace’s head of Pacific Joseph Moeono-Kolio says.

The Kiribati government is getting ready for climate refugees and has just obtained property on Fiji so occupants have some place to go, he said.

Be that as it may, numerous inhabitants, especially older folks, would prefer not to leave their homes.

“It’s a difficult conversation we have to have now with our elders. We are living this reality everyday,” Mr Moeono-Kolio said.

“Ocean health and the climate crises are intrinsically linked. You can’t address one without addressing the other, to try and do so is a danger to all of us.”

Coral dbleaching leads to a decline in fish to eat, he said.

Environmental change will likewise influence the 670 million individuals living in high mountain districts of the world and 680 million in low-lying coastal zones.

Australian Conservation Foundation CEO Kelly O’Shanassy is again requiring a change to renewable energy and a conclusion to fossil fuels.

“Australia has so much to lose,” she said.

“We love the Great Barrier Reef, Ningaloo Reef and our other spectacular coral ecosystems. We love our beaches. We love fishing and water sports.”

“Call your MP and ask them to stop building new coal mines and switch Australia from coal to renewable energy. The future is shaped by those that take action today.”