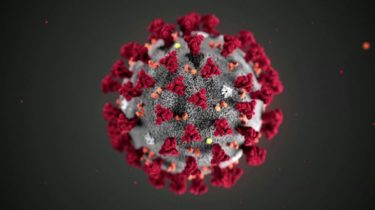 Lane County authorities declared Tuesday night that a lady in the area who died Saturday is currently believed to have passed on from COVID-19.

The case denotes the second Oregon casualty suspected to have been brought about by the virus. Lane County authorities said the lady, 60, was brought into PeaceHealth Sacred Heart Medical Center at Riverbend in Springfield on Saturday as she was having a heart attack. After she died that day, workers presented a coronavirus test to the Oregon State Public Health Lab, and the test returned Tuesday night as positive for the virus.

The lady lived in the Eugene-Springfield region. She didn’t live in an assisted living facility. The medical inspector’s office despite everything needs to decide a reason for death, however, Lane County authorities called the positive test “concerning.”

Region authorities said they would explore the case and contact any individuals who may have been presented to COVID-19.

Lane County authorities had declared before Tuesday that a 69-year-old area occupant had likewise tested positive for the malady. He is in stable condition and recouping at home. The man initially demonstrated symptoms on March 1 and was tested by his healthcare provider 12 days after the fact. Authorities said they don’t have a clue how he got the infection.

Since the lady wasn’t among the previously included coronavirus cases in Oregon, her demise denotes the 68th case in the state.

There are currently known coronavirus cases in 14 of Oregon’s 36 regions: 22 in Washington County; 15 in Linn County; six each in Clackamas and Deschutes regions; four in Marion County; three in Multnomah County; two each in Benton, Jackson, Lane, and Umatilla provinces, and one each in Douglas, Klamath, Polk, and Yamhill areas.

State health specialists have said they anticipated that the number of revealed cases should increment as testing capacity grows all through Oregon and as the virus keeps on spreading quickly among individuals.