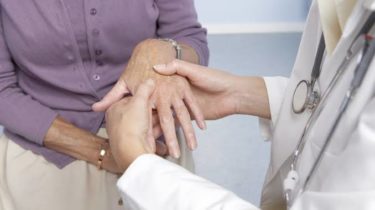 As indicated by the U.S. Centers for Disease Control and Prevention, 54 million U.S. grown-ups and upwards of 300,000 kids are living with a rheumatic illness. This incorporates conditions, for example, rheumatoid joint inflammation, lupus, gout, osteoarthritis, Sjogren’s disorder, adolescent idiopathic joint inflammation and many lesser known sicknesses.

The Rheumatic Disease Patient Survey, directed by the American College of Rheumatology (ACR) and distributed online as of late, found that six out of 10 respondents said they experienced issues managing treatment and around 66% said their ailment constrained their activity and way of life.

“These findings make clear that Americans living with rheumatic disease — regardless of age, gender or income level — struggle to find affordable care,” said Dr. Paula Marchetta, leader of the ACR.

“To address these challenges, it is crucial for patients, clinicians and policymakers to work together to improve access to rheumatology care so that patients can live longer, healthier and more fulfilling lives,” she said in an ACR news release.

More than 1,500 U.S. grown-ups addressed the online overview in June. Key discoveries include:

90% had medical coverage, yet 60% experienced difficulty paying for medications and care.

Almost half said their protection supplier made them attempt and bomb medications that protection would pay for before doctors could endorse other treatment, a procedure called step treatment.

About 60% were being treated by a rheumatologist, however 75% of these needed to hold up 30 days or more before getting an appointment.

About 64% said their disease affected their capacity to do basic tasks like eating, getting dressed, cooking or running errands.