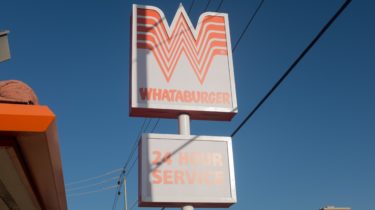 After receiving a huge number of submissions from couples across the country, Whataburger is authoritatively declaring the victors of its Whatawedding challenge.

On Valentine’s Day, Tayler Hatcher and Geoffrey Martin of College Station will tie the knot at the most up to date Whataburger on Wellborn Road with all costs paid.

Tayler and Geoffrey couldn’t be more unique: Tayler is a ninth era Texan, stemming from a long line of farmers, while Geoffrey is from France and never even heard about Whataburger until Tayler came into his life.

One of the first things Tayler taught Geoffrey is to always realize people’s Whataburger order!

A large number of their dates, including road trips to wineries, finished with a stop at Whataburger.

Tayler and Geoffrey are currently expecting their first child boy in March.

Their Whataburger wedding will incorporate a meal, photographer, a select number of visitors, orange and white decorations and an officiant.